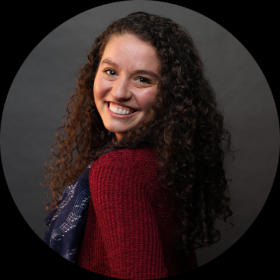 In the 19th century, Poland would become home to two of the greatest artists the nation would ever know:  Poet, political activist, and visionary Adam Mickiewicz; and prolific composer and master pianist Frédéric Chopin. One would become known as Poland’s greatest poet, the other as “The Poet of the Piano”.  Although the two men could hardly be more different from one another in personality, they are inextricably linked by their reactions to the prominent events of their time, and in the profound impact they both had on Polish culture with their art. Nowhere in history is this more evident than during the lonely winter of 1831, immediately following the tragic failure of the November Uprising. It was then that Mickiewicz wrote the romantic poem “Dobranoc,” literally meaning “Goodnight,” about bidding farewell to a lost love and the era which had just come to an end. It was at this same time that Chopin produced perhaps his most famous and hauntingly beautiful work: “Opus 9.,” the nocturnes. Night music. Though Chopin and Mickiewicz’s personal differences prevented them from ever working together, the symmetry between these two masterpieces can hardly be ignored; the nighttime themes and imagery, the profoundly emotional romanticism, and the lasting impact they both would have on the culture make these pieces seem made for each other. My goal with“Dobranoc Przyjacielu” (Goodnight My Friend) is to bring these works of art together in a way their creators never did. The piece will be written for SATB chorus unaccompanied with the text in Polish. The familiar nocturne melodies will be harmonized and embellished while still reflecting the moods and feelings of night time. The use of an ostinato bass lines will help to give the music a tender sense of tranquility, almost like a lullaby. The voices begin in homophony and move into polyphony as the piece, like the evening, unfolds and ends in a sense of peaceful longing; a sweet goodnight.

Goodnight! to moments of intimate replies,
May a charming and soothing music surround,
May it play in your ears, and whilst sleeping sound,
Let my image so delight your sleepy eyes.
Goodnight!

My name is Alexandra Rose Czyzewicz, but those familiar with my work may know me as Ally Rose. I am a Polish-Italian American with a true love for my cultural background! Growing up in the Portland, Oregon area, I spent Saturdays attending Polish School where I studied the Polish culture. I also enjoyed weekly lessons with my Father learning to speak the language. I spent my childhood studying violin, piano and voice and became obsessed with the idea of writing my own music and incorporating the Polish language! This began what would be a long-lasting passion for and devotion to writing original music and sharing my love for the Polish culture. I studied music composition at Marylhurst University, and then at Portland State University where I received my BM in Music Composition. I compose original music in many capacities: for choirs, bands, film, youth music programs, and anywhere else I can get involved. I am a self-published composer and many of my pieces have been performed by choirs and bands in the Pacific Northwest. I have also written several specialized pieces for specific performing groups, such as "Isc Dalej" commissioned by Madison High School choir director Jeremy Dell, and "Diversity" performed by Gladstone High School band directed by Seth Arnold.
Copyright © 2022 - Consortio, Inc. - St. Paul, MN