Cliff Notes from Your Mother 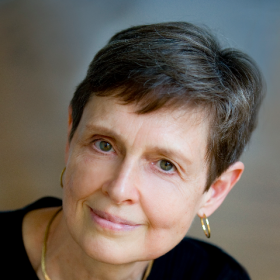 Poet Marg Walker wrote "Cliff Notes from Your Mother as You Leave Home" five years ago in empathy with friends and their children who were going off to college - a modern take on Polonius’s advice to his son Laertes (“to thine own self be true”) in Shakespeare’s Hamlet.

Cliff Notes from Your Mother as You Leave Home

If it starts to spark, remove it.

The bigger mistake is not asking.

Don’t wait too long to get started.

Drop every expectation that does not belong to you.

Always poke it first to see if it moves.

Sometimes the only method is inexperience.

Above all, be kind. No – be true to yourself. Also, kind.

If you’re going to nap on the sofa, for heaven’s sake tuck your
glasses underneath it so you won’t step on them when you get up.

Figure out for what you would walk through fire.

CAROL BARNETT – BIOGRAPHY Carol Barnett’s music has been called audacious and engaging. Her varied catalog includes works for solo voice, piano, chorus, diverse chamber ensembles, orchestra, and wind ensemble. She was awarded the 2003 Nancy Van de Vate International Prize for Opera for her chamber opera, Snow; her music theater work Meeting at Seneca Falls was featured at the 2006 Diversity Festival in Red Wing, MN. The World Beloved: A Bluegrass Mass, commissioned in 2006 by VocalEssence and written with Marisha Chamberlain, had its Carnegie Hall debut in February 2013, and has become a favorite across the country. Barnett is a charter member of the American Composers Forum and a graduate of the University of Minnesota, where she studied composition with Dominick Argento and Paul Fetler. She was composer-in-residence with the Dale Warland Singers from 1992 to 2001, and an adjunct faculty member at Augsburg College from 2000 to 2015. Further information is available at <www.carolbarnett.net>
Copyright © 2022 - Consortio, Inc. - St. Paul, MN