The Cloak of Quietness 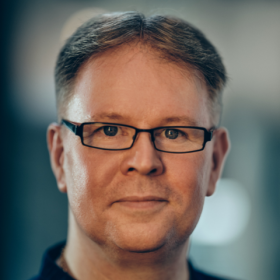 This is a 30 minute work which sets the words of Psalm 91 alongside written thoughts and reflections from various choir members captured during the COVID-19 lockdown periods of 2020/21. It has been a profoundly moving experience, capturing these thoughts and life-stories in music. The juxtaposition of the words of Psalm 91 against the thoughts and reflections of a humanity struggling to find light at the end of a pandemic tunnel makes for really interesting choral programming. Choirs outside of the UK would be premiering in their country. A recording is due in 2023.

Edward works across the UK and internationally as a voice coach, adjudicator, composer, arranger and conductor. He comes from Penclawdd, on the North Coast of The Gower Peninsula. Aged 14 he was employed as an organist and also began conducting rehearsals for choirs in local chapels and churches. Undergraduate studies in composition (with Dilys Elwyn-Edwards and William Mathias amongst others) and voice at University of Wales Bangor (through the medium of Welsh) were followed with postgraduate study in Music Technology and Sound Recording, his PGCE and an MMus degree in composition for the theatre from the London College of Music, where he studied with Francis Pott, Terry Davies and Laurence Roman. In 2006 he became a member of the Gorsedd Y Beirdd. He left full time teaching to study Choral Conducting with Simon Halsey (LSO), Adrian Partington (BBCNOW)and Neil Ferris (BBC Symphony Chorus) at the Royal Welsh College of Music and Drama, in Cardiff. There he was the first (and second) recipient of the RWCMD Glynne Jones Conducting Scholarship and graduated with an MA degree. Edward was the first Welshman to receive a recognized qualification in Choral Conducting. Having been the first recipient of an Elphinstone Scholarship, along with a Derek Ogston scholarship in composition, Edward studied for a PhD in choral composition with Phillip Cooke and Paul Mealor – at the University of Aberdeen - and was tutored by Morten Lauridsen, Judith Bingham and Sir James MacMillan. The University Chamber Choirs’ latest recording, Immortal Memory, reached No3 in the national classical music charts in January 2017, it includes music arranged by Edward which was broadcast on Classic FM and BBC Radio 3. His music is published widely and is performed regularly around the world. Three discs of his music are due for release shortly: Fusions Vol 1 & 2 a collection of his instrumental and vocal music (performed by Annabel Thwaite) and ‘Chasing Shadows’ a disc of his works for male choir. Following his work as vocal coach for Volgograd Opera House Chorus in Russia, Edward worked with the “10 Sopranos International Tour’ acting as musical director and arranger of over two hours of rock and popular music in 10 distinct parts. Presently, Edward has the honour of being the Artistic Director of Llangollen International Musical Eisteddfod, in North Wales – an international event bringing musical competition and a message of peace and friendship to the world. No stranger to media work, Edward has directed performances for S4C (channel 4 Wales), Sky Sports, ITV advertisements, ‘ident’ music for BBC 1,2,3,4 and all radio channels, as well as appearing on programmes such as BBC 1’s ‘The Apprentice – You’ve Been Fired’, ‘Dr Who’, the Rob Brydon Christmas Show (conducting Bryn Terfel), ITV’s ‘This Morning’, Euro Express (part of the Football Euros 2016) and ‘Sports Relief’, along with comedian Jack Whitehall. His vocal arrangements appear on the soundtrack for the FOXTV/BBC production of ‘A Christmas Carol’ (2019) starring Guy Pearce. During lockdown Edward has been working on the short film ‘The Bike’ by Cian Llewellyn, currently enjoying selection success in a growing number of international film festivals, and has also been working on a new six part docu-drama about the Sex Pistols, with director Danny Boyle. Internationally recognized pianist Annabel Thwaite released an album of Edward’s ‘FUSIONS’ music – which combines the traditional music of Wales with a modern twist, in 2020. Edward is the Artistic Director of Côr Siambr Cymru/Chamber Choir Wales, a professional chamber choir, as well as ‘The Harry Ensemble’ – his own chamber choir who, through performances and recordings, promote British choral music overseas. Their album ‘Remember’ is available to download now. He thrives on working with actors, singers and choirs of all ages, numbers and experience, and directed the 1000 strong London Welsh Festival of Male Choirs at the Royal Albert Hall in 2012, 2014, 2016 and 2018. He has conducted at music festivals in Melbourne Australia, Trevelin in Patagonia and Pennsylvania, Boston and New York in the US. Edward is currently Musical Director of London Welsh Chorale, Harlow Chorus, City of Canterbury Chamber Choir, as well as the musical director and principal conductor of the London Welsh Male Voice Choir. He is also Honorary Conductor of Sandgrenska Manskören – a male choir in Karlskrona, Sweden, with whom he works every August. A keen advocate of education for conductors, Edward works regularly with the Association of British Choral Directors, leading workshops in singing and conducting across the UK, runs an apprentice conductor scheme through The Harry Ensemble choir and is the Conductor-in-Residence of the British Sinfonietta orchestra. In 2020 Edward was recognized for his commitment to the music of Wales by being awarded the ‘Glanville Jones award for outstanding contribution to music in Wales’, by the Welsh Music Guild. For further information please visit www.edwardrhysharry.com
Copyright © 2022 - Consortio, Inc. - St. Paul, MN