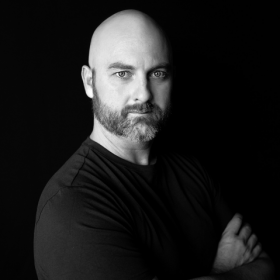 The Anemoi Suite is a four-movement work for Grade 3 concert band. Each movement represents one of the four Greek winds. Listen to the demos at https://soundcloud.com/garrett-hope/sets/anemoi-suite. 1) BOREAS—Boreas was the god of the cold north wind in Greek mythology. He brought winter to the land and was known for his strong and violent temper. Images from ancient Greece often depicted Boreas as an old man with wild shaggy hair and a conch shell in his hands. The music opens with loud, dark blasts similar to a foghorn. These blasts warn of the coming weather—storms, fog, and cold. They are the Boreas blowing his conch shell. The opening section introduces the listener to a swirling restless motive that returns in the calmer internal section. The horns and trombones introduce the listener to Boreas' powerful and strong temperament, which drives the music along to its exciting conclusion. This movement was commissioned by Composers and Schools in Concert in 2017. Live performances of the movement are available on SoundCloud. 2) ZEPHYROS—Zephyros was the god of the West Wind and spring. Illustrated as a handsome, beardless young man with wings. Gentle, but with hints of large spring storms. Zephyros' theme is a gentle and gracious dance in 3/4 time. The internal section, with contrasting harmonies and changing meters, bring to mind the spring storms that renew life. The movement ends with glorious statement of the theme that winds down to a moment of beauty and peace. 3) NOTOS—The god of the South Wind was named Notos. His winds brought the late-summer rains and thunderstorms. Most descriptions have Notos pouring water from a vase. Some mosaics illustrate him as a boy with playful qualities. The accompaniment for Notos' theme is a sense of constant motion—like water flowing. Beginning with a trickle and growing into a more frenzied motion before calming down again. Sections and instrumental parts pass the motion between them. Even Notos' theme, first presented by the Alto Saxophones has a gentle and rolling feel to it. Yet in his youthful playfulness, some of the harmonies and melodic motion can come as a surprise and includes one massive late summer thunderstorm. 4) EUROS—Euros was the god of the South-East Wind, the winds of autumn and the end of summer. Greek images represent Euros as a bearded man carrying a heavy cloak. His winds herald harvesting and preparing for the coming of Boreas. The percussion are the driving force of this movement and the interplay of rhythms are what make it interesting. Euros' theme, first presented in the clarinets, slowly changes over time expanding intervals and re-shaping it's contour, just as the falling leaves of autumn reshape the look of our environment. This movement slowly grows in intensity adding the previous three themes as counterpoint and the climax is a full statement of all four themes simultaneously. The movement ends with the blowing of Boreas' conch shell heralding his return and the completion of another year. In 2020 Bryce Adams (North Kitsap High School, Washington) will lead this consortium to commission the three remaining movements. The music will be composed for Grade 3 Concert Band. The score and parts will be delivered no later than November 1, 2020. Also included in the consortium: *A high-quality demo recording to play for your students. *Rehearsal tracks for each section. *The score and parts for the previously composed Boreas. The cost to join the consortium is $250.

Garrett's purpose is to use his God-given creativity & communication skills to entertain & enlighten people, draw people together for a common purpose, and to empower composers of all ages. He was won several awards for his music, and holds a doctorate in composition, but what matters most to him is working with students and storytellers. Besides composing and conducting, Garrett hosts The Portfolio Composer (a podcast on the business of writing music), is a public speaker, and travels widely to clinic & workshop with ensembles.
Copyright © 2021 - Consortio, Inc. - St. Paul, MN