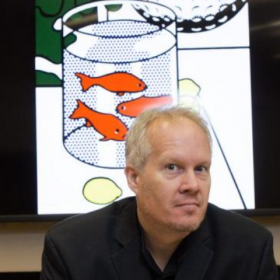 I would like to compose a piece that can be performed by a distanced, masked choir. I am thinking of something ambient, like cathedral resonance, that may involve some accessible indeterminacy as well as electronic playback. The elctronic sounds are likely to be warm synth pads and bass tones, and the conductor will be able to control the interaction between choir and playback via a click track. At delivery, I will consult with each director to determine how best to provide the playback file. For previous pieces, I have provided a stereo .wav file that can be imported to any DAW, which can then create the metronome for playback. I anticipate that this project will be similar, but I look forward to collaborating with each director to make this process as easy as possible. If amplification of the choir is possible, I could add real-time effects processing for the choir. This is also going to be something to discuss with each director.

I am leaning toward open vowels at the moment, but I am also considering using text by my friend and colleague Lee Upton, with whom I have written an opera.

www.kirkoriordan.com Kirk O'Riordan’s music has been referred to as “unapologetically beautiful” and is often praised for its uniquely “visual” qualities that depict a wide range of striking moods. His debut compact disk, Strange Flowers, was praised by Audiophile Audition as “one of the most impressive and beautiful collections of chamber music I have heard in awhile….This is all just so lovely and invokes exactly the emotions that good music should be able to induce in all of us.”  Gramophone Magazine praised O’Riordan as “a composer for whom imagery is a defining inspiration.…[he] is a deeply sensitive composer who savours going gently into the night.” (April 2014). His recording of his Twenty-Six Preludes for Solo Piano—by pianist Holly Roadfeldt—has attracted similar praise: they “are similarly atmospheric and proceed to unfold like a magical tapestry. Each of the 26 Preludes seemingly comprising of warp and weft forming a myriad of pixels of little pictures that ultimately combines to form a moveable feast for both eye and inner ear. O’Riordan’s miniatures are informed by languorous beauty and profundity, the lyrical variations of each often feature elaborate embellishments, as well as sudden dissonant figurations that seem to mimic the gravity-defying leaps of the gazelle…” (World Music Report, April 2017) His most recent release, Autumn Winds, has been similarly praised. "Compositionally it seems on first blush simple at heart but as one listens the details both flesh themselves out and freshen the listening mind so that it all seems increasingly evergreen and more complex than at first might be thought." (Gapplegate Music Review, 2020) “[O’Riordan] is not strictly speaking a minimalist, yet he possesses that rare quality of capturing a vivid musical landscape with Webern-like efficiency.” (The Morning Call). O’Riordan (b. 1968) is an active composer, conductor, saxophonist, and teacher. His music has been performed in Canada, China, Costa Rica, Cyprus, Finland, Italy, and Russia; and in nearly all of the fifty United States. In 2009 Dr. O'Riordan joined the faculty of Lafayette College where he serves as Associate Professor of Music and Director of Bands, teaching courses in music theory, and composition. In addition, conducts the Lafayette College Concert Band and Contemporary Music Ensemble. He holds the Doctor of Musical Arts degree from Arizona State University; the Certificate of Performance in Saxophone from Northwestern University; and three Master of Music degrees. Apart from his active teaching and composing schedule, Kirk is an avid fan of obstacle course racing.
Copyright © 2021 - Consortio, Inc. - St. Paul, MN