From Dust to Love 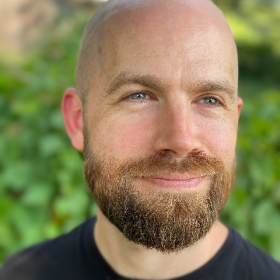 From Dust to Love will speak to vibrancy and love in old age and beyond. The piece will revolve around two retirees in a quaint church choir who have fallen for, and never told, each other. They both pass around the same time, and their closest friends–who end up executing their respective wills–find out each wanted the other to know how much the other meant to them. The friends and the rest of the choir then decide to have a posthumous celebration of their lives–both on earth and beyond–so they can be at peace and present in each other’s next chapter. Here's an overview of the tentative general narrative: SCENE 1 - Where it all began The choir rehearses an anthem about love and friendship. During rehearsal break our two main characters have a conversation that shows interest but friendship above all else. We return to the anthem after break with our main couple singing of the importance of love and friendship. SCENE 2 - The Will to Carry On Both our main characters have passed around the same time. We hear two duets with each of their respective best friends, reading their respective wills as the characters posthumously recount their obituaries in first person. The full quartet ends the scene with both best friends realizing what they must do with the choir... SCENE 3 - From Dust to Love The choir is in the midst of a Ceremony of Life for both our main characters. They sing a memorial song for them, a new love song for them, and reprise the anthem from the beginning, as if closing their chapters together as one.

The lyrics, written by Tony Silvestri, will be newly commissioned for this project.

Yonder Come Day (arr.)
Paul John Rudoi is an award-winning composer, conductor, tenor vocalist, and arts entrepreneur. Deemed “indisputably unique, confident, and innovative” through the American Prize, Paul’s award-winning compositions have been commissioned and performed by various ensembles and artists throughout North America and Europe. His work has garnered numerous grants from the Jerome Foundation, the ACF, MRAC, MSAB, the NEA, and ASCAP. His music is published through PJR Music alongside Graphite, Santa Barbara, Walton, Morningstar, and ECS music publishers. As a professional tenor vocalist, Paul has performed and recorded a wide range of music in professional ensembles nationwide, including Seraphic Fire, The Santa Fe Desert Chorale, and Cantus. During his tenure in Cantus, he premiered dozens of new works, traveled on four continents, conducted and educated via masterclasses driven by Cantus’ artistic and programming model, and advocated for arts education and empowerment through various outreach opportunities nationwide. Paul is also a fierce advocate for new music trends, resources, and issues. His presentation at the 2015 NDSU Choral Symposium, “LIVING SETS: Choral Organisms for the 21st Century,” proposed that the entire choral field should consider new music in the context of composers’ lifelong musical contributions, not just one’s next popular published work. He is also the CEO of “Consortio,” designed to help composers, conductors, and ensembles find common themes and interests for consortium-based commissioning while offering tools and services to make such commissioning more readily accessible and feasible. Paul holds degrees from The Hartt School and the University of Oregon (expected June, 2018). His teachers have included Sharon Paul, Robert Kyr, Libby Larsen, and Edward Bolkovac.
View full profile
Copyright © 2022 - Consortio, Inc. - St. Paul, MN